(sustainabilityenvironment.com) – European, American and Japanese banks and investors continue to finance the exploitation of new African fossils even if they adhere to the commitments of net zero emissions. Between 2019 and July 2022, 325 commercial banks mobilized money to develop new gas and oil projects on the continent. In all, the figure is 98 billion euros. And 70% of this amount comes from credit institutions that have signed the commitments of the Net-Zero Banking Alliance (NZBA). But indirectly. So you can save face, or at least try. And the situation is not much different when you consider pension funds, insurance and other large investors.

It is a system that feeds a kind of “hypocrisy net zero”, as defined by Katrin Ganswindt, financial activist of Urgewald, the German NGO that together with Reclaim Finance and 36 other African non-governmental organizations has published the report “Who is Financing Fossil Fuel Expansion in Africa?”. How does it work? Banks and investors have subscribed bonds for 55 billion euros, issued by African lenders on behalf of companies. Transactions that are not covered by the code on which the NZBA is based. And therefore do not weigh, formally, on the green performance of financial entities. However, they have committed themselves to reduce the issuance of their portfolios by 50%.

Read also Stop fossil fuel, the only way for the 1,5°C is to give up every new production

The report identifies financiers and investors behind 200 companies that are flooding Africa with new fossil fuel projects. “None of these companies is serious about transitioning,” the report says. “All of these companies are pursuing reckless and incompatible plans for expansion of fossil fuels in a climate path of 1.5 °C. We call on financial institutions to immediately cease all investment, loans and financial services to them” is the appeal of NGOs.

In recent months the energy crisis has decisively accelerated a process that has been underway for some years: the race for African fossils, largely untapped, before international climate agreements, Tighter financial rules and the mood of the markets make it impossible and economically losing to invest in African gas and oil. From 2017, the report calculates, 45 African countries out of 55 have granted new exploitation licenses, which together cover an area as large as Italy and France combined.

COP27 by Sharm: historic agreement on loss & damage, but stutters on everything else

Solarpack completes the acquisition of Solaer's business in Spain and Italy 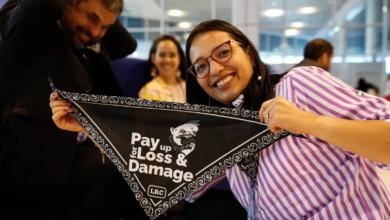