The increase in sand particles suspended in the atmosphere that has occurred in the last 170 years may have hidden 8% of real global warming. From the mid-800 to today, in fact, the amount of sandy granules raised by winds from deserts and other arid areas has increased by 55%. But the climate models that we use today, even the most advanced ones, do not take this factor sufficiently into account.

This is the conclusion reached by a study published in Nature Reviews Earth & Environment in which the authors take stock of the scientific production in this field. The effect on the climate of sand suspended in the air, in fact, is multifaceted and complex. In some cases, it contributes to global warming, for example, when grains settle on snow and ice, darkening the surface of the Planet and holding more solar radiation on the Earth.

In other cases, it helps to cool the climate. Generally, as long as they are suspended, the sand particles reflect the solar radiation away from the Planet, in fact they shield it. When they fertilize the oceans they contribute to the growth of phytoplankton, which in turn absorbs a share of CO2.

Adding all these complex factors together, the study concludes that the final effect is a cooling of the Planet. The increase in dust in the air produced an effective global mean radiative forcing of -0.07 0.18 W/m2. “Erasing” 8% of global warming. For all these decades in which the global warming curve has soared, in short, “we had the handbrake pulled“, summarizes to the Guardian the first signature of the article, Jasper Kok.

As the dust in the atmosphere changes, therefore, we may have difficulty in accurately predicting the trend of global warming, especially with regard to the timing and responsiveness of certain ecosystems and biomes. “Current climate models and climate assessments do not represent the historical increase in dust and therefore omit the resulting radiative forcing, distorting climate change projections and climate sensitivity assessments,” the authors warn.

Who steals our carbon budget for the 1.5°C?

Increase in sea level? The biggest impact will be already before 2100

Is the collapse of glaciers of Western Antarctica really inevitable? 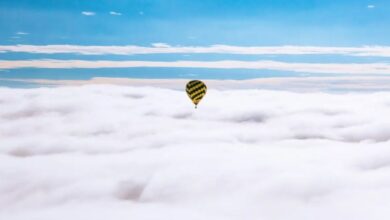