(Rinnovabili.it) – It was difficult to worsen the functioning of trade in carbon credits under Article 6 of the Paris Agreement. The COP26 in Glasgow had completed the Rulebook, that is the set of rules of operation of the different systems based in 2015, leaving many loopholes to polluters. COP27 continued on the same wavelength: it erased any trace of transparency from the process and made it potentially useless, if not harmful, to the climate.

Fourthly, by focusing on the results of the Sharm COP27, we are analyzing what has emerged from the negotiations on Article 6.2, which deals with bilateral actions to reduce greenhouse gas emissions and Article 6.4, which will establish the new global carbon market. Previous insights touched on the agreement on losses and damages, mitigation decisions and the progress of negotiations on the climate finance dossier.

Let us start with the first point, the second paragraph of Article 6 of the Paris Agreement. In Glasgow, most of the rules for ITMOs (Internationally Transferred Mitigation Outcomes) have been defined, namely credits that are generated by the reduction of emissions, both by private individuals and public actors, and which can be exchanged internationally through agreements between governments. These credits apply to the overall climate performance of a country.

The main decision of the COP27 consists in making impenetrable the process of creation and sale of these credits. The long document approved in Sharm, very technical, includes an entire chapter dedicated to the “confidentiality” of carbon trading. Point 22 states that states can “designate” the information provided to the centralized credit tracking mechanism “as confidential”.

In other words, they can ensure that the nature of the credits purchased or sold is not subject to public scrutiny and that only the face value of the credit can be known, that is, how many CO2 emissions it is equivalent to.

To complicate even more the process of control and verification, a process of credit tracking takes place, to say the least baroque, which cannot ensure that the information communicated by the parties with respect to the credits exchanged is comparable. Thus nullifying any attempt to assess its real impact on the climate.

Between geoengineering and double counting

On the new global carbon market, COP27 remained stuck on defining a key term such as “removals” and managed to close one of the biggest loopholes that had remained since the Glasgow summit. In Sharm, delegates discussed what should apply to “removal” of CO2 from the atmosphere. The first draft, however, gave a very broad definition. With risks not to be underestimated.

It allowed, for example, to count as removals those obtained by the seizure of CO2 in the oceans. A detail that would have created a race to the geoengineering of the carbon dioxide absorption capacity of the seas, has noticed some NGOs that followed the work of COP27. Minimum environmental and social requirements remained in the hands of the country where the removal takes place, thus increasing the risk of fraud and especially of claims generated by human rights violations. The text was then withdrawn. But this attempt says a lot about the direction Article 6.4 could take in the future.

The only positive note is a decision that avoids double counting certain types of emission reduction credits. These credits, generated without permission for the purposes of achieving domestic climate targets or to comply with voluntary national contributions declared to the UNFCCC, may only apply to the country where the emission cut takes place. 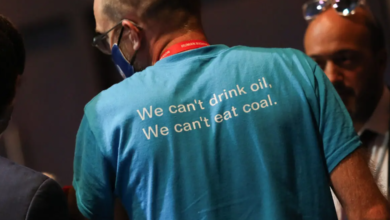 With the Sharm Implementation Plan, COP27 will increase emissions