(sustainabilityenvironment.com) – Solid-state lithium-ion batteries using a metallic lithium anode in combination with a ceramic electrolyte represent one of the most promising electrochemical storage solutions. Small, light, and compact, these storage units offer on paper high energy density and higher life cycles than products on the market. But in the face of so many advantages, there is still an open problem: high sensitivity to stress.

During charging cycles, the interphase between the electrolyte and the electrode tends to favor the production of dendrites on the surface of the cathode. These are tiny needle-like formations that can penetrate the solid electrolyte and short-circuit the cell. Until yesterday, industry research has not been able to define in an unambiguous way what causes the formation of dendrites; which has also made difficult the realization of solutions to manage this stress. And it’s taken high-density solid-state batteries out of the market.

To shed light on the problem today is a group of researchers from MIT and Brown University, in the United States. The group, led by Professor Yet-Ming Chiang, thanks to the use of a transparent solid electrolyte could study what happens inside the cell. In detail he noted how the growth of dendrites is linked to mechanical stress in solid electrolytes and not to electrochemical factors. During charging and discharging in fact, the shifting back and forth of the lithium ions causes the volume of the electrodes to change. If microscopic defects are present on the electrolyte, the pressure on the latter of the greater volume can cause cracks that in turn allow the formation of needle-like filaments.

The team has shown that they can directly manipulate the growth of dendrites by simply applying pressure to the electrolyte. This does not prevent its formation but allows you to direct these elements so that they remain parallel to the readers and do not cross the cell. Another approach might be to drug the material with atoms that leave it in a state of permanent stress. “It’s the same method used to make super hard glass on smartphone and tablet screens,” says Chiang. The research was published in Joule. 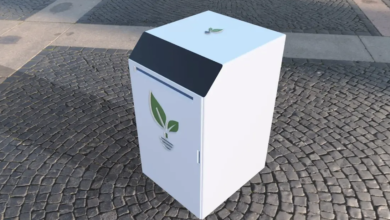