The announcement at the WEF 2023 in Davos: a stop to new oil and gas exploration

(sustainabilityenvironment.com) – Colombia will no longer grant permits for new oil and gas exploration. This was announced by Irene Vélez, the minister for mineral resources of the South American country in Davos, during the World Economic Forum 2023. If the choice is confirmed, Bogota will become the largest fossil producer in the world to block the development of new hydrocarbon deposits on its territory.

“We have decided not to award new contracts for oil and gas exploration, and although this has been very controversial, it is a clear sign of our commitment to combating climate change,” Vélez explained to Davos. “This decision is absolutely urgent and requires immediate action”.

The young government of Gustavo Petro, who won the election last June, seems to live up to one of the main promises made in the election campaign by the leader of the party Colombia Humana. A campaign, that of the first left-wing party to gain power in the country, was focused precisely on environmental and climate issues. Right from the election ticket: Petro’s running mate was France Marquez, an environmental activist who won the Goldman Environmental Prize in 2018 for her efforts against illegal gold mines.

But the conditional is a must. Pulling the plug on the fossils is a more complex operation than it might seem, for Colombia. Oil alone accounts for 45% of the country’s exports. Petro’s statements -which also wants a gradual reduction of the national oil & gas, not an immediate stop- have made investors and markets nervous a few months ago by precipitating the value of the Colombian peso. To stop the fall, Finance Minister José Ocampo had to intervene, assuring that there would be no stop and that new wells would be explored and put into production.

Yet the oil & gas sector is in constant decline and, data in hand, new oil and gas exploration can not lift the fortunes of the country but only slow the transition and prolong the agony. The estimated fossil reserves are not huge but, above all, the wells are starting to run out. So production is down: from 808 thousand barrels per day in 2020 it has fallen to 760 thousand in 2021 and to about 740 thousand in 2022. In December, Vélez herself announced that, thanks to very high energy prices, Colombia would try to take advantage of this with an increase in extraction from existing wells thanks to the enhanced recovery technique. The operation, for the Colombian wells, remains economically viable as long as the barrel costs more than $65, but it is a solution that the government has indicated as temporary, just to make cash.

The fossil road, wide to renewable and tourism

Yeah, money. Replacing oil & gas revenue is a problem that the government wants to address through tourism and renewable. “We are convinced that a strong investment in tourism, given the beauty of the country and the ability and potential that the country has to generate clean energy, could, in the short term, perfectly fill the vacuum left by fossil fuels”, Petro told reporters in Davos.

The country has solar radiation indices and windiness that are higher than the global average. Solar radiation beats around 4.9-5.5 kWh/m2/day (the global average is 3.9), similar to those of southern Italy (the average in Sicily is 5.4), while the windiness peaks at 9 m/s in the Caribbean. Just the north of the country, in particular regions such as La Guajira from which today comes a majority of fossils, are the best candidates for the transition to renewables.

Is the collapse of glaciers of Western Antarctica really inevitable?

Quality photovoltaics? To recognize it there is the Solar Best Practice badge

Safe corridors for bees, so the EU wants to improve the protection of pollinators 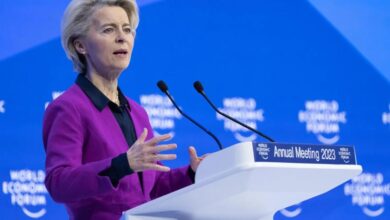