(Sustainabilityenvironment.com) – They have the potential to reduce solar fuels production costs by integrating light collection and catalysis into a single compact device. They are the floating artificial leaves created by a group of scientists from Cambridge, thin and flexible devices capable of replicating natural photosynthesis. But above all light enough to be transported on the surface of the water to create mini-factories of offshore fuels.

The work starts from a previous search of the same team. In October 2019, scientists had created a special perovskite and cobalt photoelectrochemical leaf, capable of absorbing water and carbon dioxide to produce oxygen, hydrogen and CO. An interesting attempt but not without flaws. Starting with conversion efficiencies, too low to be used in reality. Not only that. Overall the system was quite heavy because of the materials used, such as protective glass.

Today the group presents the progress achieved in these three years, opening the door to new developments. The chemical heart of the new floating artificial leaves has changed: each unit is composed of thin layers of polyester coated with indium tin oxide on which perovskite has been deposited. And platinum replaced cobalt as a catalyst. The whole was then covered with ultra thin materials based on carbon and hydrophobic. “This study shows that artificial leaves are compatible with modern manufacturing techniques, representing the first step towards automation and increased production of solar fuel,” said Doctor Virgil Andrei, author of the research.

Tested in the waterways near the university, the devices have been shown to achieve yields similar to real leaves: 0.58% for hydrogen and 0.053% for carbon monoxide. These numbers may seem small, but they represent huge improvements over the previous study.

In addition, the new photoelectrochemical systems are perfectly scalable. Experiments have shown that by switching from the smaller version (1.7 cm2) to the larger version (100 cm2), performance increases with the same progression. The team says the devices could be used to generate solar fuels wherever there is water, including polluted streams or offshore.

In Germany the production of solar cells puts the turbo

A global tax to finance the response to the climate crisis 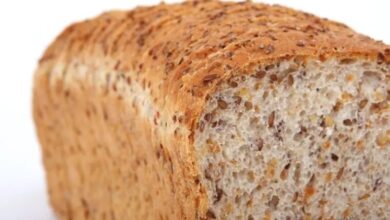